My whole family comes from an island off the coast of Croatia. At the time I was born, it was part of communist Yugoslavia. There weren’t many jobs, and people had a hard time building wealth. My parents began to worry: as they raised their daughter, what kind of life would I grow into?

At the age of two, I came to the US for the first time. My parents and I—and later, my baby brother—settled in Kerman, California. As you probably know, agriculture is a huge business in the Central Valley. My father began doing electrical work in the world of agriculture and became trained to install well pumps, which eventually led him to learn enough to begin farming himself. He started with nothing, but his determination made my entire life possible.

The gallery was an incredible experience: we showcased local artists and held classes for aspiring kids. And even though we had to close its doors after only a year, I am extremely proud to have made that vision a reality. I made a difference in my community while it lasted, and it was an incredible learning experience, too. I knew that if I could get through something like that, and go through those ups and downs, then I can do anything.

It was that knowledge that propelled me into the world of real estate, where I got started by flipping homes with Larry. For our second flip, we brought Jenny to help us; and from that moment on, it was clear that we had the potential to do great things together. She’s my other half in this business, and I don’t think I could do it with anyone else!

Just like Merili, I have my parents to thank for making my life possible. I know it wasn’t easy. My father, Jim, had to retire when I was seven due to a condition called hydrocephalus. After twenty-one brain surgeries and a life-changing coma, my dad had to relearn how to walk, talk, and even eat. Witnessing his tenacity was a very powerful thing.

During my dad’s recovery, I saw some equally amazing things from my mother, Diane. She went back to school and got her nursing degree to support our family. In addition to that, she worked part-time, and was a full-time mom. I don’t know how she did it. It felt like she was always there for me.

For one thing, my mom took the night shift as a nurse so she could drive me to the ice rink every day. As a child, I didn’t understand the sacrifice, but as an adult, it blows me away. I was a competitive skater from a very young age, and the consistent support I received from her and my dad enabled me to develop my figure skating ability and allowed me to start a professional skating career at age seventeen.

My world changed in 2009 when my mom passed away suddenly after suffering a heart attack. While life hasn’t been the same without her, I count myself fortunate to have had two amazing and inspiring parents. My dad continues to amaze me daily by going to the gym and with his overall positive outlook on life. Although he permanently lost his short term memory, he is now the picture of health!

From my parents, I learned a lot about perseverance, hard work, positivity, and an appreciation for life. Those lessons helped me to succeed when I first stepped into the world of real estate in 2001. And while I loved it from the moment I started, I feel that I’ve reached my true potential by partnering with Merili.

Together, we have found that our team really is greater than the sum of its parts, and we bring our drive and dedication to the table with every person we meet. We would love nothing more than to lend our knowledge and experience toward helping you with your real estate endeavors, but we don’t expect your business simply because of our relationship—we only ask that you take the time to interview us and see if we might be the best agents for you.

Buying or selling real estate is an enormously important transaction, and the representation you receive from your agent can have significant impact on your results. We want you to pick the agent or team that’s the right fit for your particular needs. If that ends up being us, we promise to work diligently to exceed your expectations.

Thank you for taking the time to learn about us. When you or someone you know is in need of a real estate agent, we hope you give us the opportunity to demonstrate our services and interview for the job. 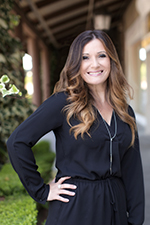 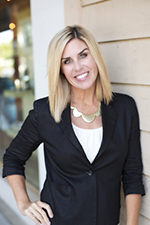 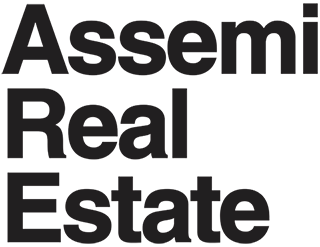